Painter Ed Gray is the ambassador of Float Art, an innovative and high-profile art exhibition on the Dixie Queen paddleboat, moored by Tower Bridge. There is also a corresponding art award for emerging artists (deadline for entries is June 2013). The event would be part of this year's Thames Festival. We have interviewed him to learn more about the event and his connection with the River. 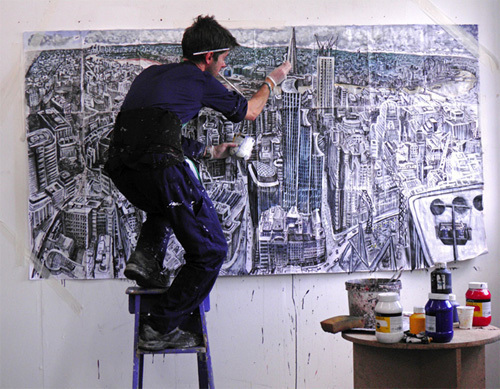 Q1: When were you approached for the opportunity to be Float Art's ambassador?

EG: My involvement came through Chris Livett, Director of Thames luxury Charters who own the venue. His enthusiasm for my work led to my show on the Dixie Queen 'Ebb and Flow' last November. The idea of Float Art came from that exhibition GX Gallery and I created for Chris on board the Dixie Queen. There was a real buzz about that show which saw me giving talks about my work to over 750 visitors over the course of the weekend that it lasted.  This event was picked up on by the Adrian Evans of the Thames Festival who loved the idea of using a boat as a floating art space. Davide Mengoli, from GX Gallery had wanted to create an event to showcase the work of graduate artists as extension of the in-house graduate shows they've been holding at GX for some time. Once Chris said we could use the boat again this all seemed like the perfect opportunity. I agreed to help with Floatart because I live in the area and I saw what possibilities are there for the space at my own show. Most importantly I know how hard it is to pick up on your own when you leave art college. Butler's Wharf has had a long connection with artists going back to the late 1980's when they  had their studios in the old disused wharehouses. It's amazing how much the area has changed. Hard to believe it's the same city really. 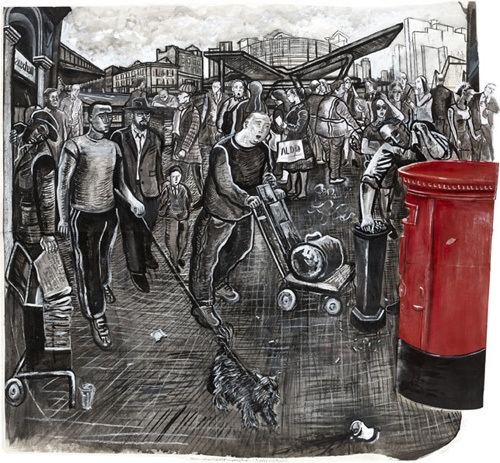 Q2: What are you plans for Float Art? Do you intend to create or select some special pieces for the show?

EG: I'm working on new pieces in the studio. I don't think they'll be ready in time but you never know. 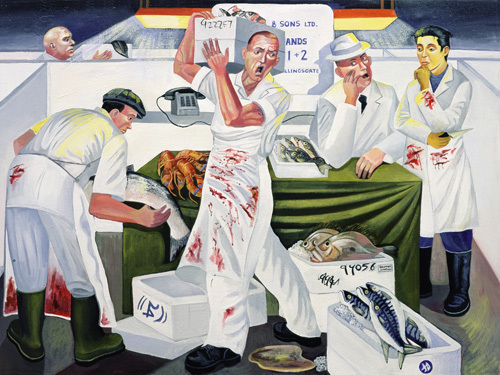 Q3: You have been working with GX Gallery for a decade. How would you sum up the development over the past years?

EG: When I began working with Davide and GX I was a young artist with not much idea about how I wanted to be promoted or how to do it. At first I was wary and concerned about survival and keeping going. I kept to myself and concentrated on solely making my work. I was a school teacher in Peckham at the time. The success of our partnership led me to leave my job as teacher and my paintings sell for much more than I could have imagined after years of sell out shows. I've always tried to stay true to my interests as a painter despite this. Since I've been with GX my work has taken me all over the world. I've lived and painted  in New York and  Mexico, Tokyo and Cape Town. Davide has supported me all the way, giving me invaluable business advice and he's pushed me to have a more public profile. As an artist it's easy to lock the studio door and disappear but my work has gained much from meeting the Londoners that  I paint about at my shows and events and hearing their stories. 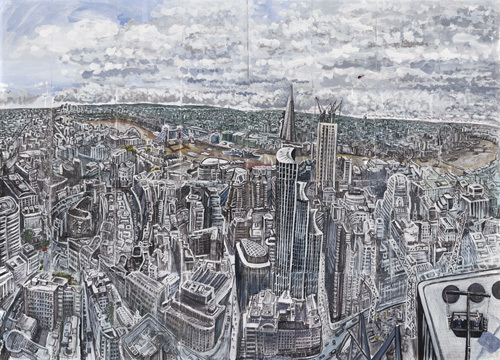 City of London  from The Gherkin Looking South, 230cmx180cm Acrylic on paper

Q4: Do you have any works primarily associated with the Thames? If not, why and would you consider making some in future?

EG: The Thames has been a major source of inspiration for me. I've painted several of London's bridges - it's a long term theme of my work. I painted the Dixie Queen and the river from the top floor of  the Gherkin in City of London from The Gherkin Looking South for my Ebb and Flow show. I've also been offered the opportunity to go out drawing on the river on board one of Chris Livett's tugs which I'd love to take up soon. That might lead to some new river work. 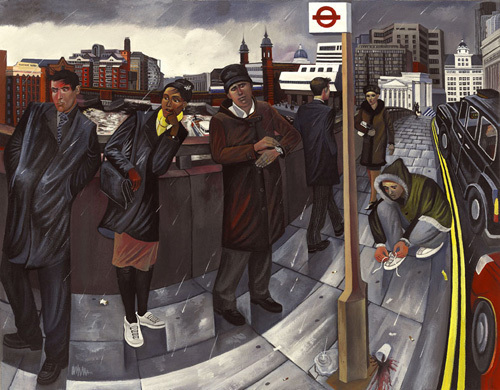 Q5: What advice do you have for fresh art graduates? Compared with the times when you graduated and came out of university, do you think the current graduates have more opportunities or less?

EG: I think you create your own opportunities as an artist. There's a lot of people still buying art despite the tough times we live in. Look at the media interest and the queues for the art fairs. When I graduated that was just beginning. Artists were taking control of their destinies and creating a buzz about the work themselves, working in partnership with their galleries. These days digital media means it's easy to do your own  PR if you haven't got someone doing it for you. You can create an online following and let people know about events and shows and the things that are developing in your career. If you engage with it all then the opportunities will be there for you, providing you are true to your work and that you capture the public's imagination in some way. Many artists by nature will not find it easy to engage but I would encourage them look beyond the studio walls and see the possibilities that are out there throughout their careers. 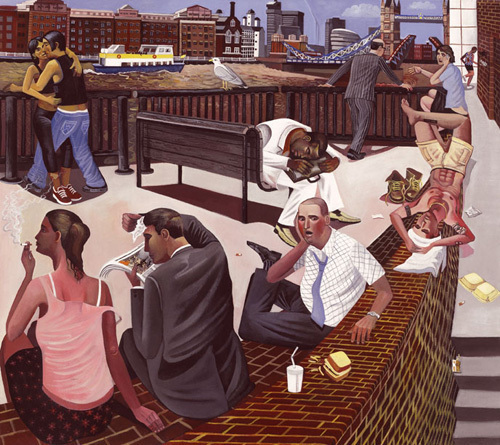