If you are staying in town after the holiday season, and tired with all the parties, food and travel/commute, you would be glad to know that the world is coming to you here in London. 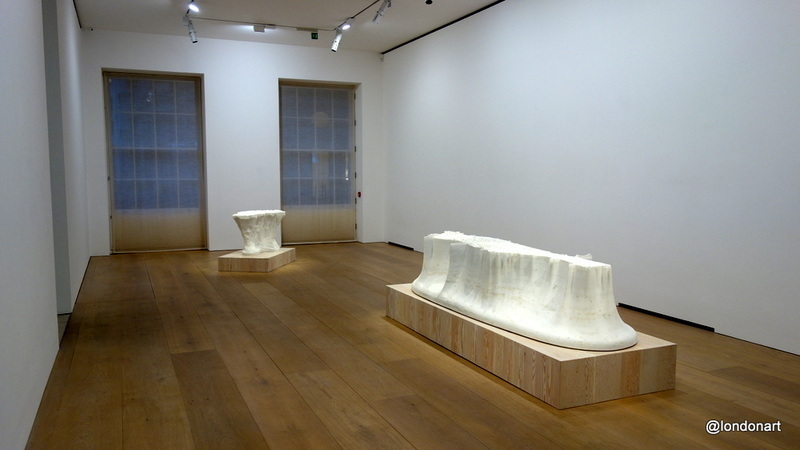 Sculpture by Yutaka Sone
David Zwirner Gallery
27.11.2013-25.01.2014
David Zwirner has brought three furniture size marble urban islands created by japanese artist Yutaka Sone to Mayfair.
Little Manhattan (2007–2009) - video link
Venezia (2013) - video link
Yutaka crafted these pieces from white marble, but their base treatment are not all identical. Little Manhattan and Venezia are resembling some sort of classical western sculpture base, which is smooth and round-ish. When looked from afar, they seems to be islands bursting out of the sea bed, only there isn't any water in reality inside the gallery. It would actually be quite interesting to imagine what they may be like being put inside an aquarium tank big enough to accommodate real marine life which would haunt the miniature cities in their "larger-than-life" size.

Hong Kong Island (Chinese) (1998) - video link
The Hong Kong Island piece, on the contrary, has a narrower base than the part that is "above water". Together with the shape of the island itself, it makes the piece looks very organic and from certain angles more like a treated specimen in a zoo lab or science museum. It is unclear whether the artist deliberately applies different artistic directions to distinguish the Asian city with the Western cities. 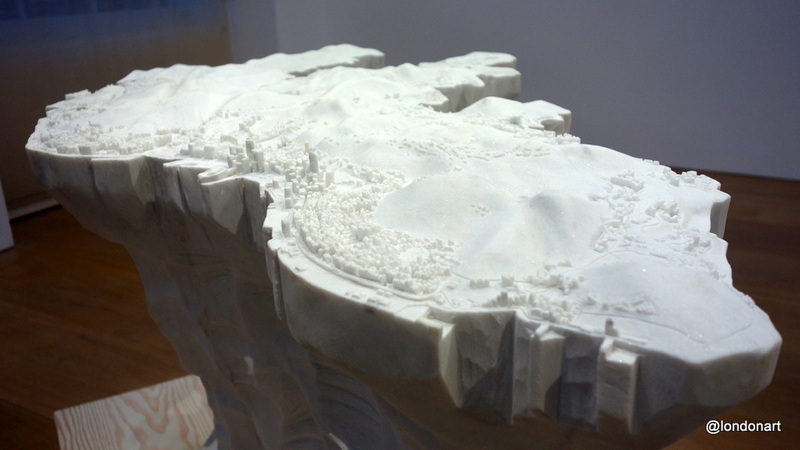 It is worth noting the official exhibition page on David Zwirner's website states that Yutaka has relied more on technology and internet than physical visits over the production period of these 3 works - "While each sculpture has developed gradually over several years, the technology used has changed significantly. For Hong Kong Island (Chinese), the artist relied on maps, aerial photographs, and frequent trips to the island. To create Little Manhattan, he added helicopter rides and an early version of Google Earth. For Venezia, completed earlier this year, Sone made almost exclusive use of the internet application and undertook only a handful of site visits." 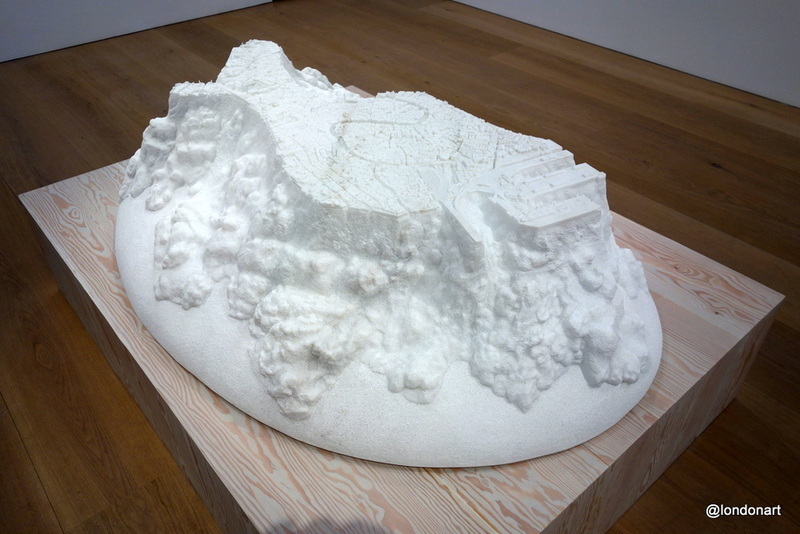 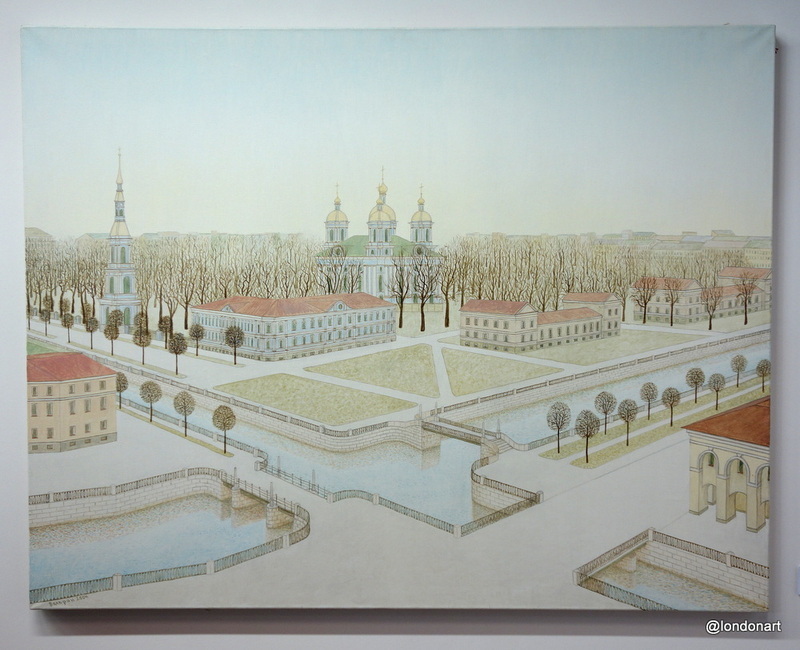 One street away from David Zwirner, Erarta gallery which specialises in Russian art, is holding a show exhibiting paintings by Valery Valran. There are townscape paintings as well as still life portraits in the gallery.

The intimate details in Valery's urban paintings could rival that in Yutaka's island models. And there is a sense of serenity in his paintings because they look like art students practising with colour pencils to me. Of course Valery's drawing skills are no ordinary art students: just look at the shadows of his still life works in the album below. Although simple, his works could reveal the life of Russians in the USSR era - only basics like water (or vodka?) and eggs are present on the dining table. Everything is reduced to the bare necessity.
full photo set here 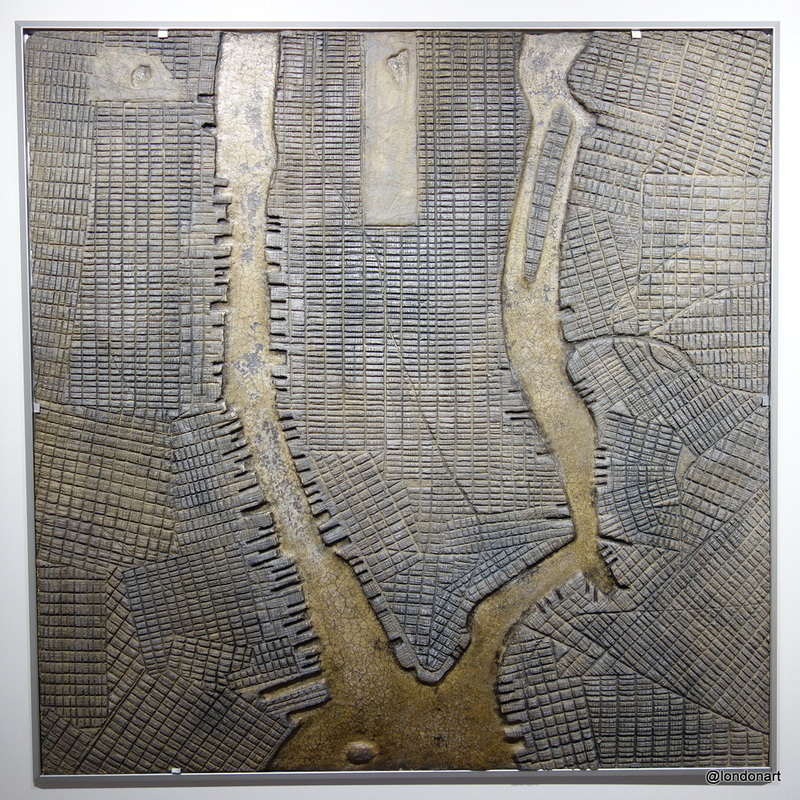 There are also 3 paintings on display in the gallery by Rinat Minnebaev, depicting Beijing, New York and Paris. While it is not a free-standing sculpture like Sone's, Rinat's versions of a relief map has a melancholic touch. Sone's use of white marble has a glowing effect on the cities the artist chooses to depict. While Rinat's use of gloomy earthy medium and texture, together with the choice of putting his works in a rectangular picture format, frames the cities in a reminiscent manner.

Rinat has made an interesting touch on the Beijing map - the Tiananmen Square is painted red. 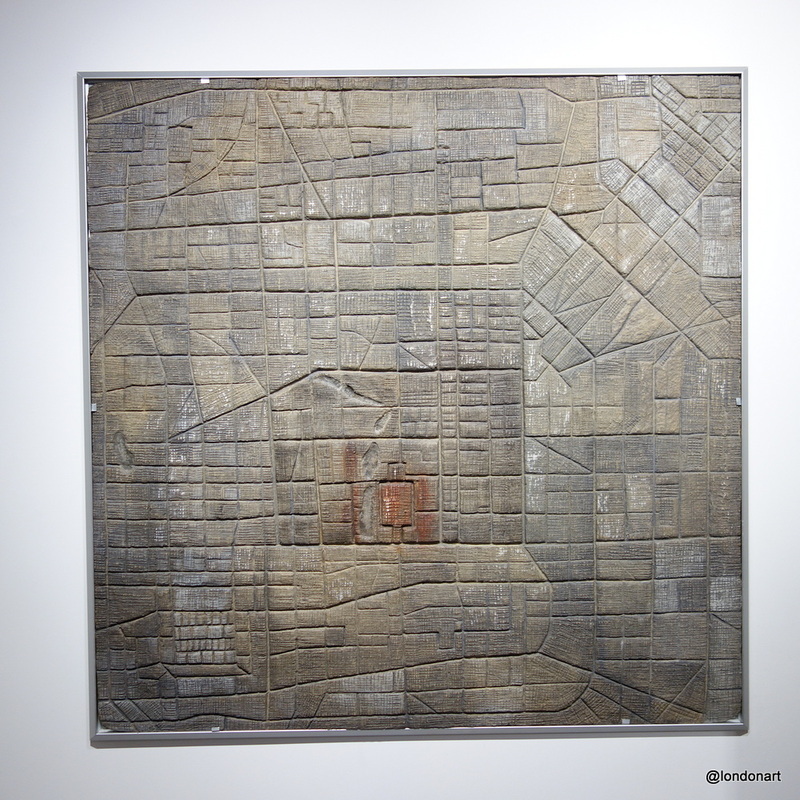 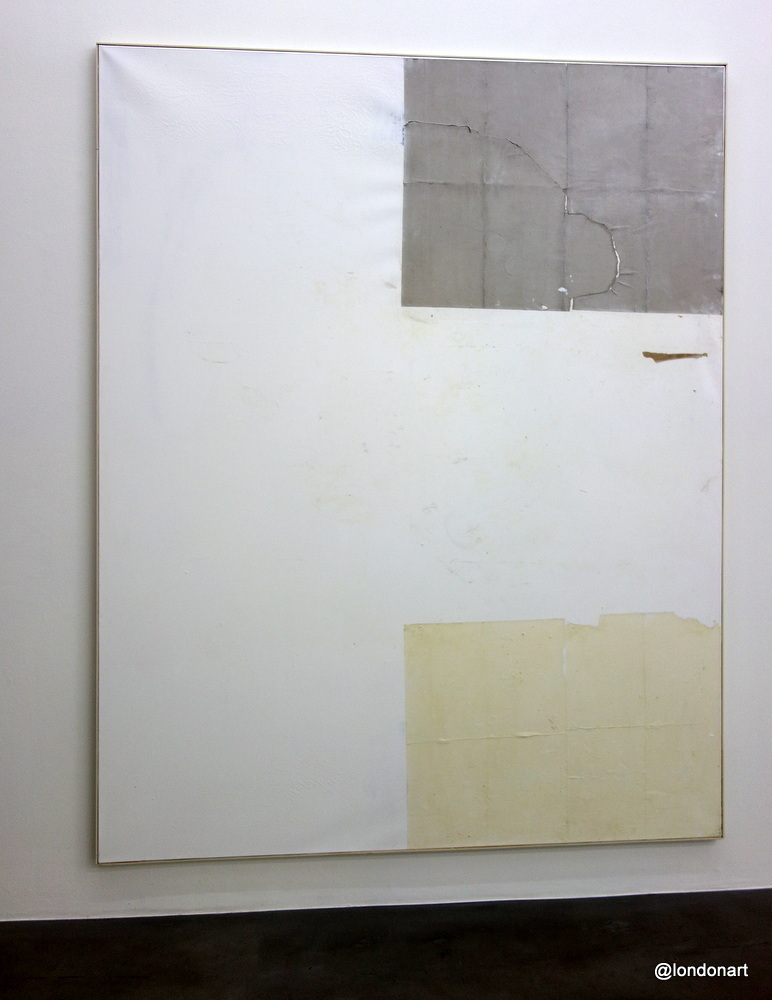 Last, if you are bored with the material world, David Ostrowski's show in Simon Lee would lead you to a spiritual tour of the universe on the same street as Erarta.
Walking through the gallery exploring the various canvases which are seemingly abstract and empty feels like navigating in the universe - there are little surprises in each canvas for discovery but only when you are examining them closely you would be able to appreciate them in their full effect.
In one of the paintings David has left a foot mark - some kind of humour to an artist's signature I suppose.
full photo set here
*****
Further Readings -
Page: White City: Manhattan in a Marble Dress by Rachel Wolff on NYMag.com, 25.09.2011
Video: Yutaka Sone: Island at David Zwirner Gallery New York by Vernissage TV, 23.09.2011
Page: Valery Valran’s Mysterious St. Petersburg at Erarta Gallery London by Ellen Von Wiegand on theculturetrip.com
Interview: David Ostrowski: Yes or Let's Say No on hungertv.com, 02.12.2013