Photo 50 in London Art Fair 2014
15-19.01.2014
With smartphones everywhere and instagram (we have started ours this year, by the way) becoming the de facto photo-app in every smart phone, every one is his/her own photographer telling famly, friends and strangers around the world what they want to share through the tiny micro-lenses on their phones.
Some people would wonder what would be the future of photography - would people really treat it as an art form? Or simply an aspect of everyday life no different than food and transport because it has become 'superficial'? Our visit to the London Art Fair last week provided some insight.
As usual, there is a section of the fair dedicated to photography called 'Photo 50'. This year, it is curated by Charlie Fellowes and Jeremy Epstein, Directors of Edel Assanti. With the title ‘Immaterial Matter’, the artists they have selected are linked by their use of a variety of photographic images to examine the increasingly indiscernible distinction between the digital and the material. Below we look at three of the selected artists -
Andrew Norman Wilson's works reveal the intensive, reptitive human labour behind Google's endeavour to digitize printed books. The series document errors in the conversion process, when accidental distortions of scanned images or the presences of employee's hands. It is precisely the existence of these errors showing human remains the force behind these efforts. 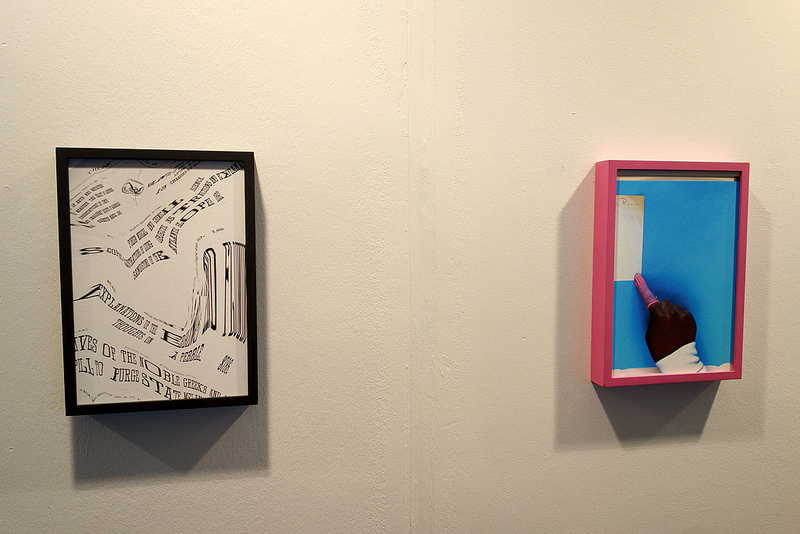 Nicholai Howalt applies a step on astronomical images made available to the public by NASA, making them from colour to grayscale. The process to create these images, is on the contrary to the Google book-scanning, highly automated under the sophisticated technology employed by NASA. Striping part of their attributes away, is regarded as an act of artistic creation. 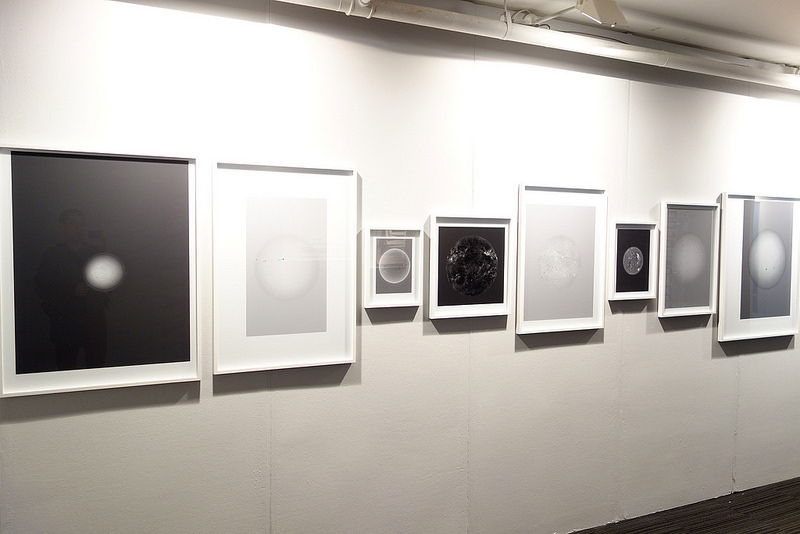 Aram Bartholl's 'Greetings From the Internet' explores the crucial accucracy of WiFi codes vs the classic notion of human error. Displayed on a postcard stand, each post-it appears unique, despite the reginmented accuracy required by the Internet. It highlights the importance of physical actions in the digital world - without asking for the WiFi Code and receiving it from the other person, one would not be able to connect online and would remain shut off from the prospect of communication to others outside the immediate proximity. 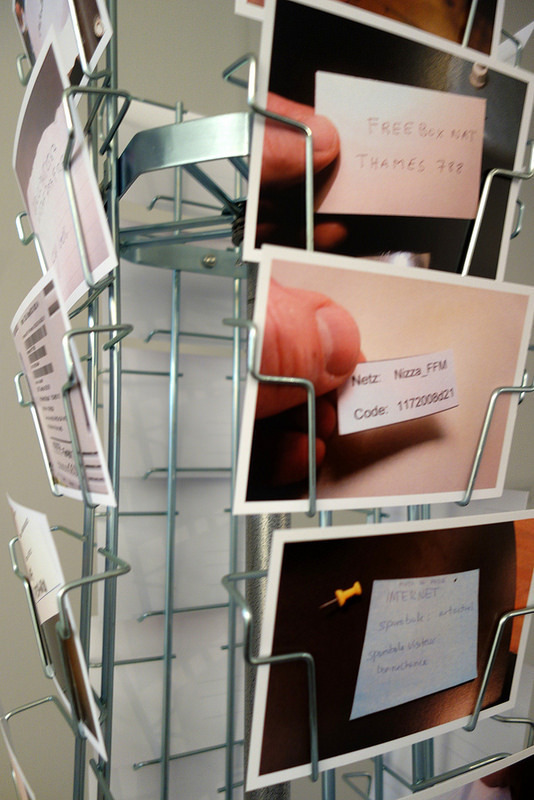 It is worth noting that in many of the works selected, photography is no longer the ultimate medium of the artist creation, but an intermediate source which forms the final piece. In some cases, the photographs used in the works are not actually taken by the artists themselves. In a way, this could be what distinguishes photographic art from daily snapshots taken by all instagram users - that these works are created by artists, not photographers. True to many other art forms, people would probably judge an art piece based on the message it brings out, rather than the format, the fame of the creator or the medium it is on.
Full album set here
More on London Art Fair 2014 in future post.
*****
Further Readings:
Page - Joe Hamilton in London Art Fair’s Photo50 Project by Nicholas Forrest for Blouin Art Info; 16.01.2014
Page - Photo50: "Most of the artists did not actually use a camera." by Tim Clark for a-n; 13.01.2014