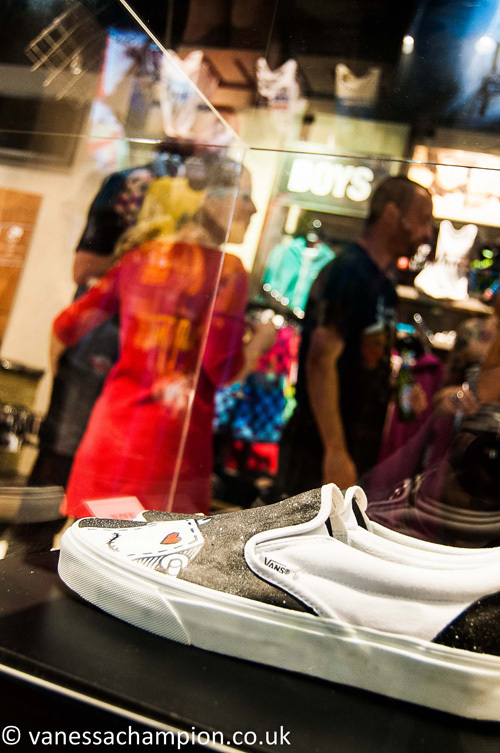 So Friday night, Camden… something usually gives, and last night was no exception, bang opposite Camden Tube an awesome crowd rocked up into the Vans’ store to chill to some vibing grooves from the decks of a rather handsome DJ, drink champagne, mixers, wine and mingle with journalists and creatives.  The reason for this cool shindig was to launch the "VANS CUSTOM MADE + YOU" tour which is another brilliant move on the part of Vans to excite contemporary customisation of their footwear.

Not a lot of people know this, but Vans kick started shoe customisation way back in 1966, this unique project aims to celebrate and support their long standing connection with the art scene. 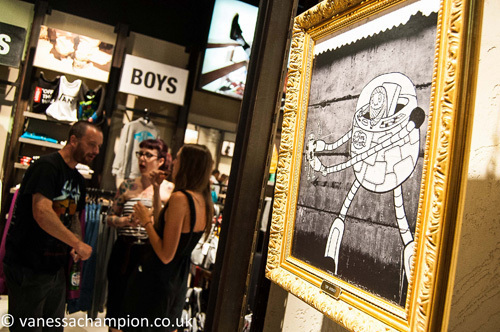 Art by Tin Robot, on display in the Vans Camden store at the launch event 12 July 2013 (photo by Vanessa Champion)

The tour opens in Camden, with customers cramming into the store on Saturday to get their shoes customised by the five artists, the artists then pick up their inks and creativity and head to three more stores located in key trend cities: Glasgow, Bordeaux and Paris where they will produce live art. 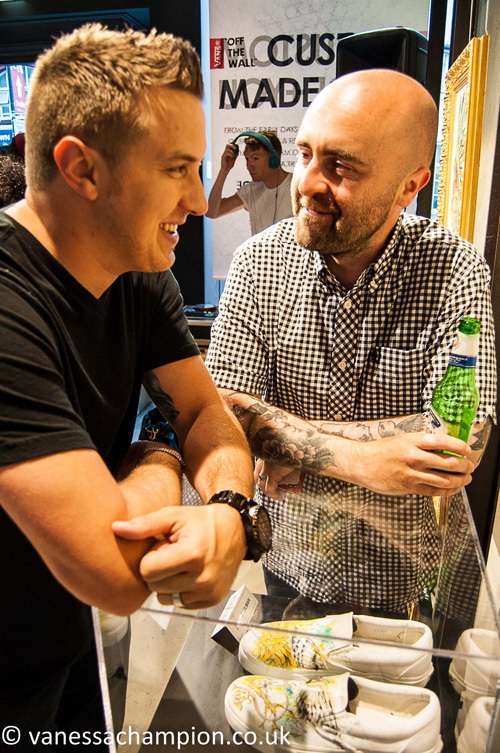 I chatted to the artists Ben Bobzien, Kevin Grey, Seth Shelman and Tim Wolff. Each of them have really interesting backgrounds in graphic designs, tattoo art, graffiti and fine art, working across media and with a variety of outlets from publishing to licensed clothing. Vans have been exceptionally impressive in selecting these artists whose work exudes urban vogue will now travel along with the artist ‘French’ on to Vans’ store locations in Glasgow, Bordeaux and Paris where they will produce live art.

It’s a great concept, as the live art show combines a bespoke customisation service & exhibition plus a live in-store paint session, creating a permanent fixture on the Vans Store front. 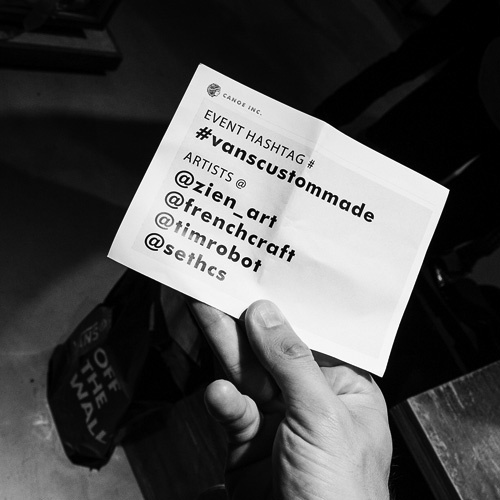 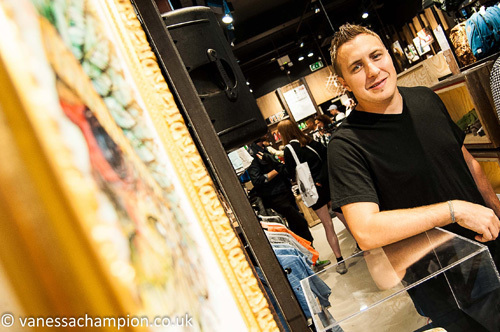 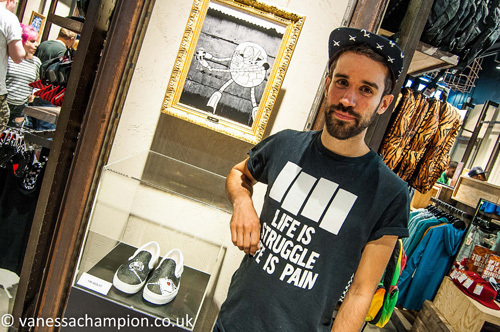 Artist Tim Wolff (@timrobot) by his quirky creations, which is calling out for a graphic novel! (photo by Vanessa Champion) 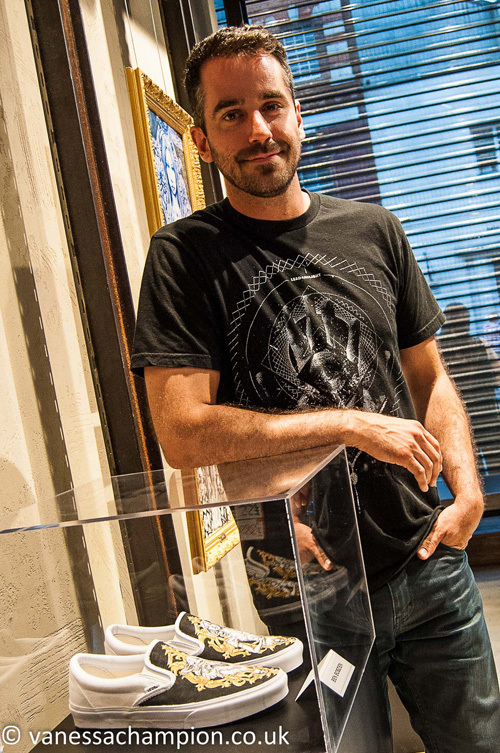 Ben Bobzien with his customised Vans (photo by Vanessa Champion)