Joshua Reynolds, the first president of the Royal Academy, once said; ‘a room hung with pictures is a room hung with thoughts’. This year over 1,200 thoughts from artists like Martin Creed and Michael Landy to unknown artists grace the walls of the main galleries of the Royal Academy. Having had to whittle down the 12,000 digital submissions would have been a Goliath task. However what remains is a look into the various disciplines that represent contemporary art today. 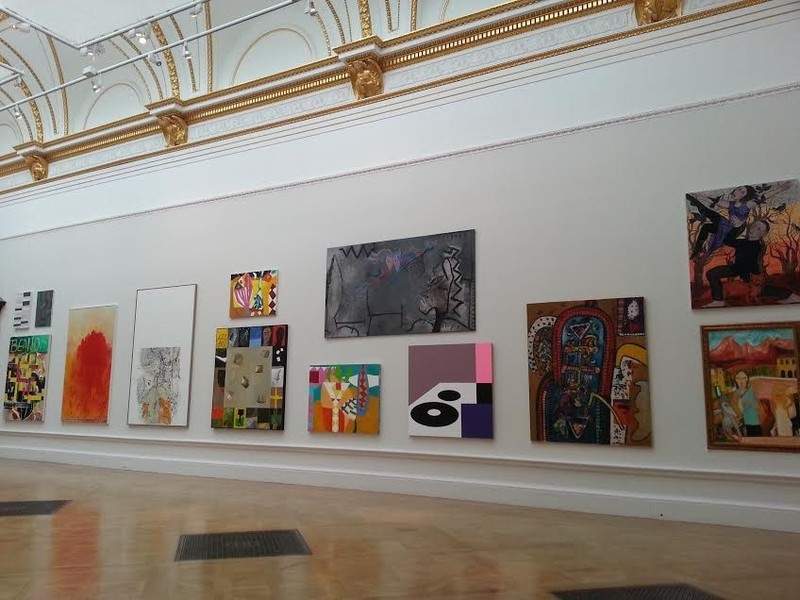 Now, the Royal Academy’s Summer Exhibition often get’s some stick from esteemed critics from the larger publications and across the board reviews are varied. What is interesting is how much discourse this annual exhibition (now in it’s 245th year) can encourage. With all those who attended making their own personal assessments as to which deserve to be labeled the good, the bad and the ugly. It is for this reason along that I love it! Due to the nature of the exhibition, it attracts such a varied audience thus opening up channels of communication between people and uniting them through their discussion of art.

Providing a dissection of what is happening in contemporary art right now the Royal Academy is by the artists and for the artists. This is an incredibly powerful approach as it means no boundaries are put up in relation to prestige, style and approach. A plethora of current topics are tackled, it is almost like thumbing through the pages of a world new paper. Interestingly a piece titled FGM by Angela Braven is an example of how art continuously shines its light on contemporary issues. Depicting the horrors of Female Gentile Mutilation, and highlighting the ever widening divide in opinion regarding the matter, the inclusion of works such as this is vital as it highlights art fearlessness to tackle such issues head on. 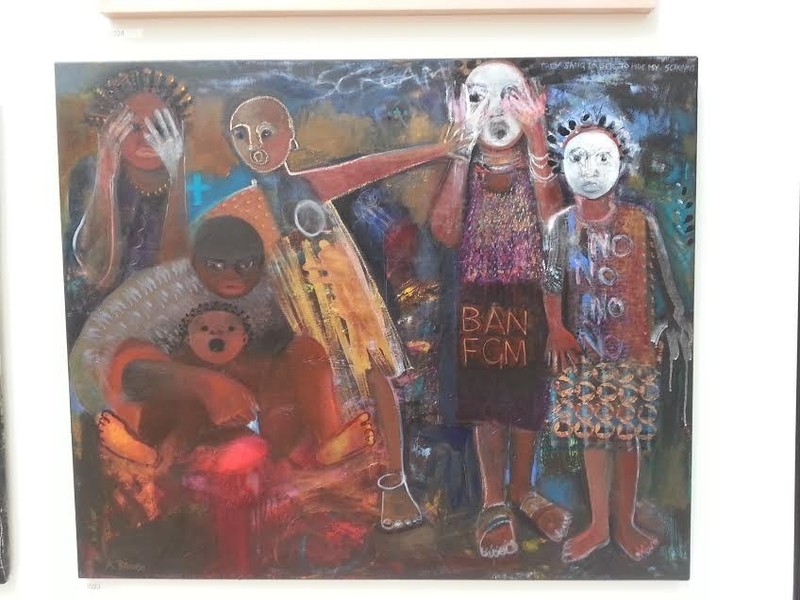 What was in 1769, an exhibition open to the public was a pioneering and exciting, a notion that we take for granted in 2014. However the rooms curated in that traditional salon style are a means of acknowledging the exhibitions 18th century roots (and a technique very much needed to showcase the sheer volume of works). Gus Cummins RA was responsible for the curation of the Small Weston Room as well as room VII. Hung densely from floor to ceiling in a complex grid, works are clustered together as to produce some unexpected dialog among themselves, interesting juxtapositions and placements revealing more of a narrative. 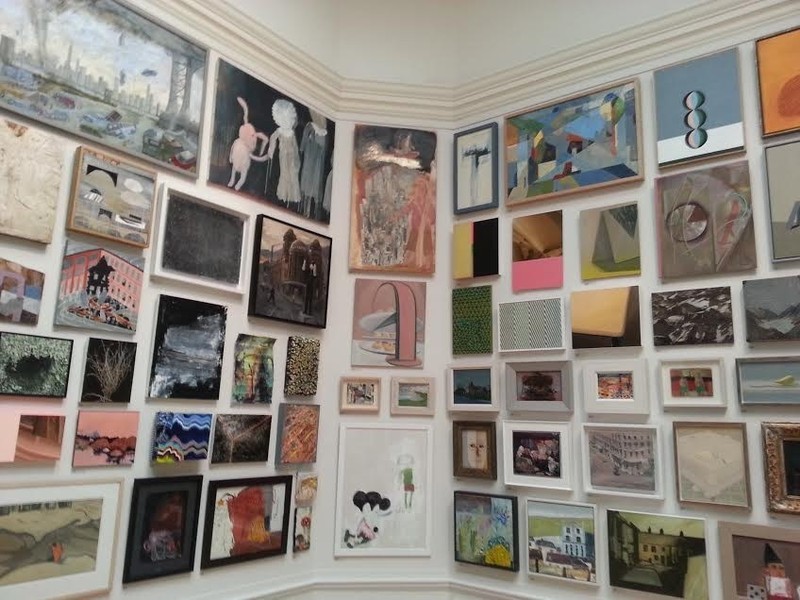 Cornelia Parker RA has curated the Lecture Room. She has invited many high profile artists and Royal Academicians to contribute works in keeping with her black and white theme. With many artists creating new works especially for this space, she has created an exciting and dynamic cohesion of works. This room is playful yet sleek and provides a break from the busy rooms that preceded it. 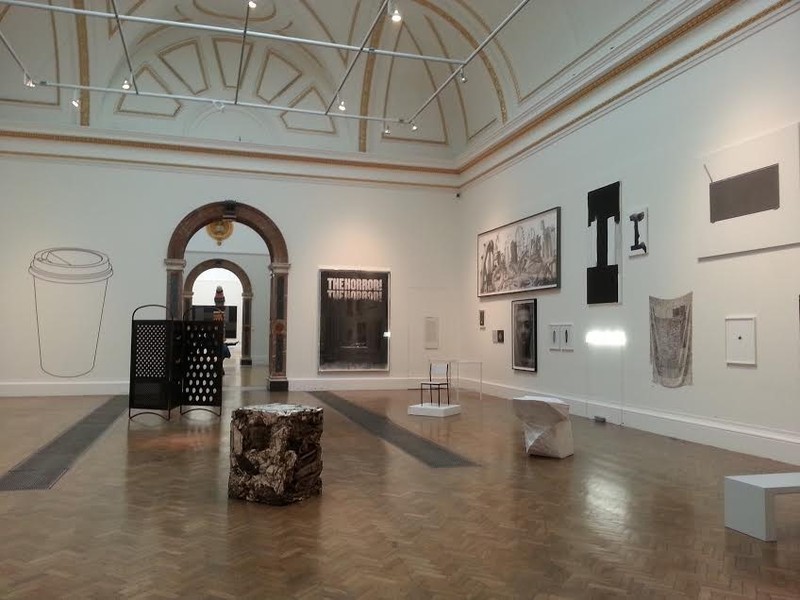 While there is a great deal to take in, one drawback of the exhibition is that it is lacking in its representation of the more unusual artistic mediums. With a large percentage of the 1,262 pieces being taken up by paintings, and while sculpture does indeed stand out against the painted sea of works, we have yet to see the inclusion of performance art. In addition to this there is very little video and not near enough sculpture to be representative of the vast and varied approached to art today. While this is an important observation, I do not want it do detract form the wonderful experience it is walking through a room engulfed by art. Wondering and meandering through peoples thoughts is something very special. While you may not love everything on display the chances are you will find something that moves or amuses you. 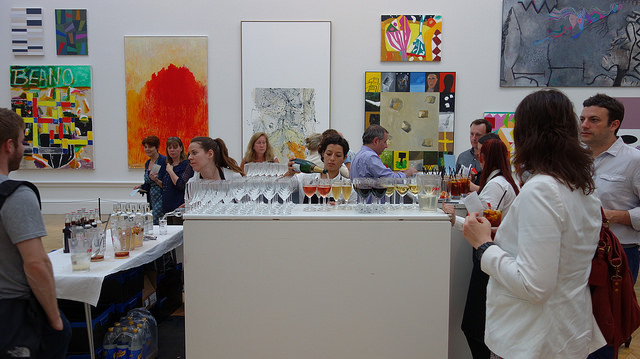