We continue to explore the amazing works in town during frieze week.

Working in collaboration with renowned choreographer Russell Maliphant in response to his full-length work of contemporary dance “The Rodin Project”, Du Preez & Thornton Jones have created a new body of work entitled Erebus.
In the gallery, there are photographic works related to the 13-minute film on display, as well as the film itself being looped in the screening room. One can immediately pick up all the following pop culture references in the film - matrix-style slo-mo moves, batman-style soundtrack, classical greek goddesses and dark masculine Rodin figures. 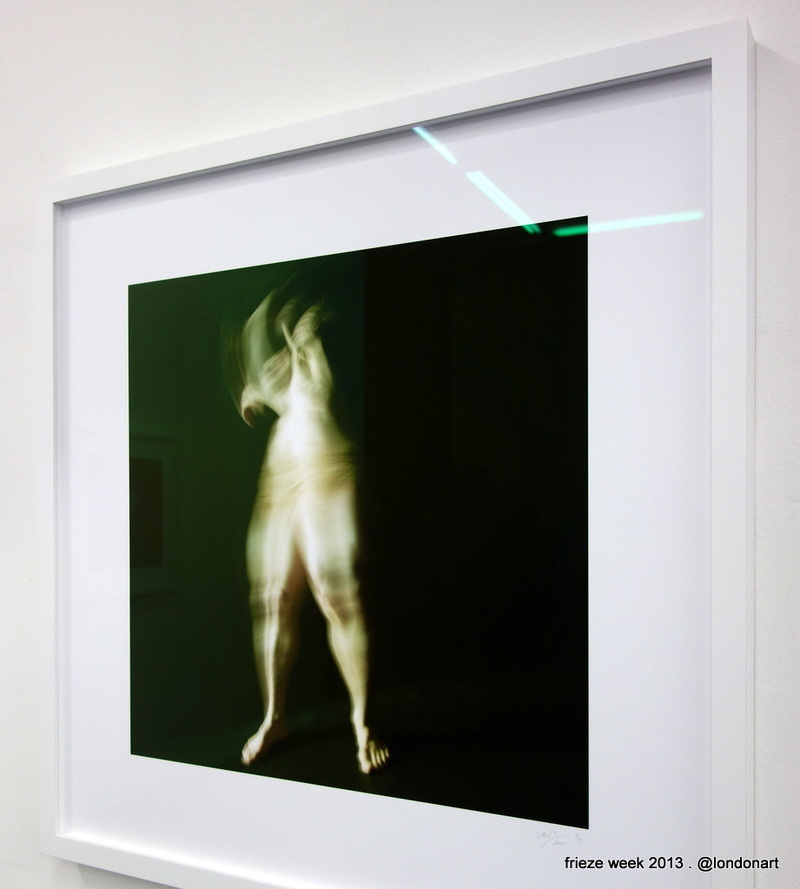 If you are not in London, you could watch it here thanks to Simona Harrison, the colourist for the film who has put it on vimeo.

Oliver Michaels is showing a series of photographic works as well as 2 installations in Cole's space. The two installations are collaborations with fabric designer Kim Coiffier and baker Lily Vanilli respectively.
The idea of bright yellow sugar icing on a maintenance-platform-looking structure is very memorable. The artist applies a similar idea of wrapping to also the less striking orthogonal structure covered with different patterned fabric. 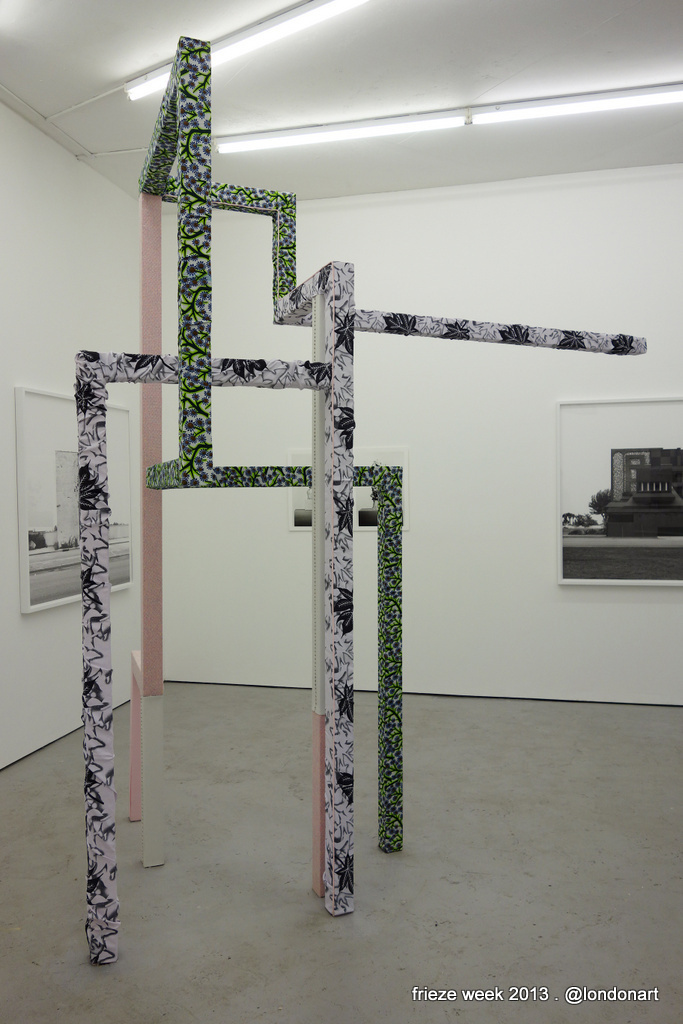