Last weekend we sampled the Strarta Art Fair in Saatchi Gallery and the Moving Museum in 180 Strand, which are both unexpected in their venues. Who would have expected Saatchi Gallery to host an art fair rather than showing its own collection the week before the prime Frieze period? In case you missed it, we have shared the highlights on our facebook page here. As for the Moving Museum, it successfully highjacks the abandoned office space in West End and turns it into an urban zoo of art lovers. Visit it in person before it closes in 13.12.2013, or view our coverage online here. 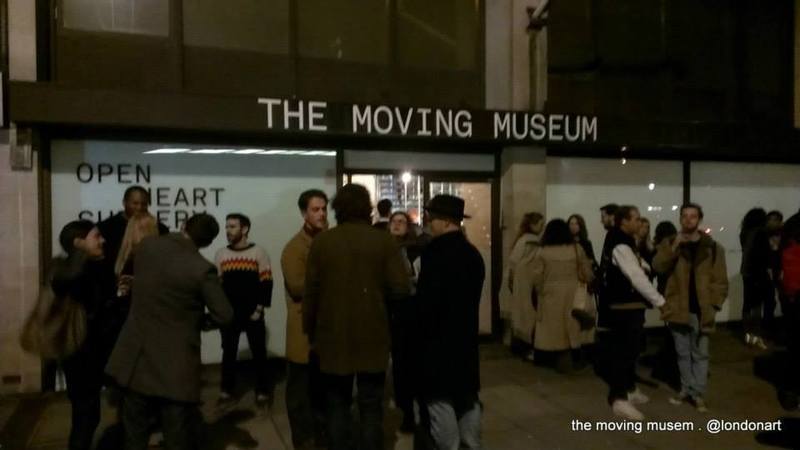 Starting the week we decided to focus in Photogrpahy and visited two fascinating shows which symbolises contemporary photography. 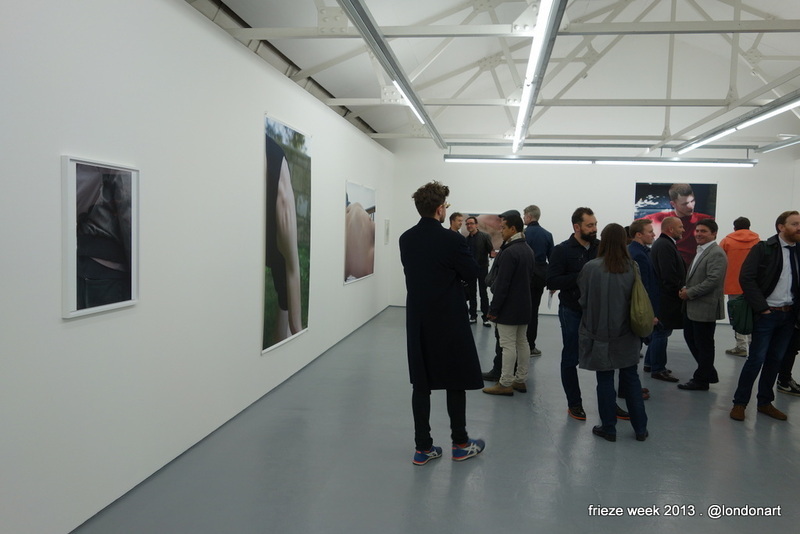 Tillmans' latest show is "both a departure from his recent project Neue Welt as well as an extension of that vision" according to Maureen Paley's press release. In the two floors of the gallery, we see the 'single subject' of portraiture being displayed in various ways, full body or parts.

Tillmans is famous for creating miniature models of his exhibition space and studies how to display his works within it. In this show, he justaposes pieces of extreme body close-ups with photos of half-body or full-body portraits. And with his expertise in advance printing technology, the level of details in each piece is fascinatingly, or scarily, high.

In viewing a piece of art, the audience usually would step back and forth to obtain different levels of details of the whole piece. However, with Tillmans' extreme close-up large prints, you do not really need to get closer any more because the subject has already been magnified for you. This convenience is brought to all of us by technology. To a certain extent, such convenience from technology is becoming more and more integral and indispensible in the daily life. It is a phenomenon Tillmans presented to us in his show, be it intentional or sub-conscious. And the philosophical meaning of this is probably more intriguing than all the "subjects" of his works people conceive on the prints.

A block away we found another exhibition opened also in this evening. New York artist Liz Deschenes' show, "Bracket (London)",  Time Out London describes her works as 'Photography is pushed far into abstraction, creating hazy, stark, minimal pieces that are hung in unusual positions, creating a photography-based environment.'

The monochromatic black-and-white space is a perfect backdrop for Liz's works. These works on metal sheets are inspired by the english and french photography pioneers Louis-Jacques-Mandé Daguerre and William Henry Fox Talbot. The way the works are mounted on the wall, together with the monochormatic palette of the interiors has given the whole environment a sterile laboratory feel. And the natural landscapes captured on the surfaces of the metal sheets look so surreal as if they actually grow organically from the metal sheet they are on - like developing a series of oversize Polariods in a top secret facility. This forced combination of nature and man-made are exemplified in Liz's works yet captured and reduced to the very essence of it perfectly. 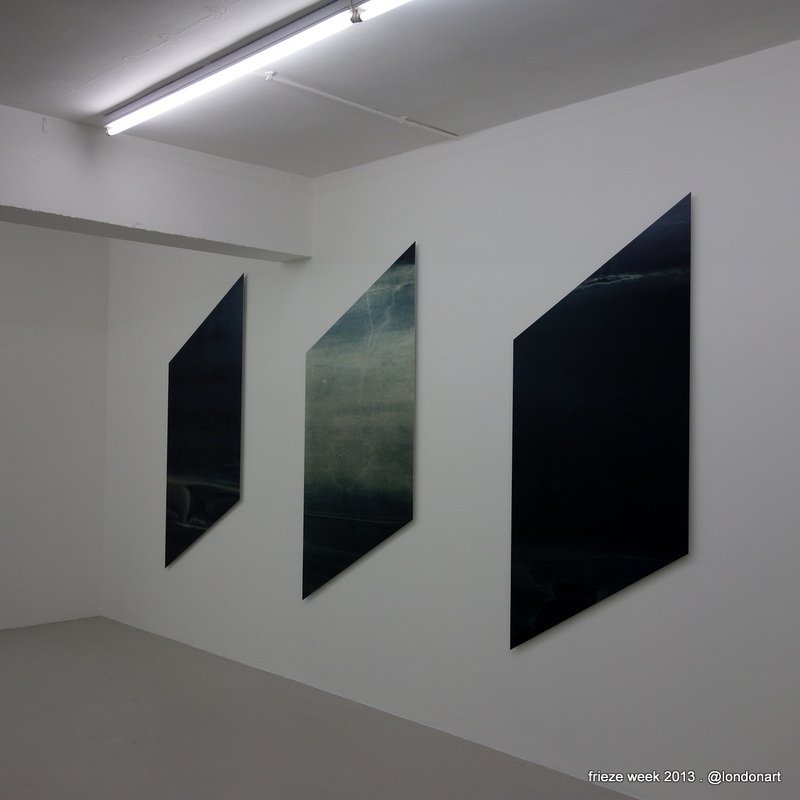 Further Readings -
Page - Top 10 Photograph Exhibitions in town on TimeOut London
Page - Top 10 Art Exhibitions in town on TimeOut London
Interview - of the Director of Sluice Art Fair Ben Street by Tabius Khan for Londonist
As our previous post suggests, here are 3 of our 10 picks in town during the Frieze Art Fair week which shows a sedimentation of the lives in the three artists featured -
*****
Dirk Stewen
Maureen Paley
08.10-14.11.2010